Learn more about Graduate Hotels and the communities that inspire them.
Wandering Around Knoxville, Tennessee - Blog Post
03 / 10 / 2020

We've gone from one to 21 in five short years. To celebrate this milestone, we're hosting a week of contests with new prizes each day. Read on to learn how to enter. 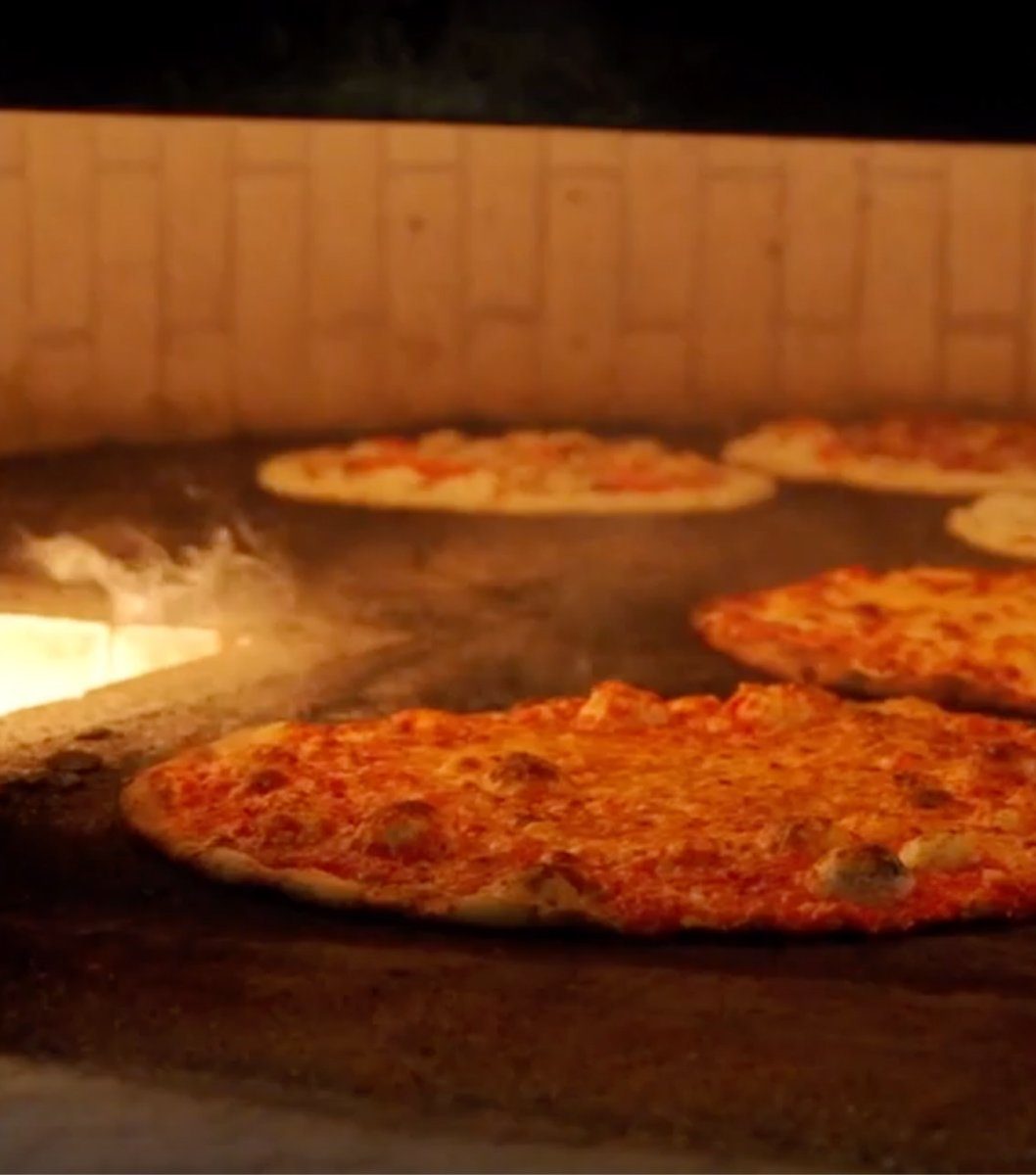 “Pizza is a passion. It separates us. It connects us.”

Never has a phrase been truer than in New Haven, Connecticut, aka America’s pizza capital. Keep reading for the dish on our Graduate Hotels pizza tour or jump to the end for our hunger-inducing recap video. 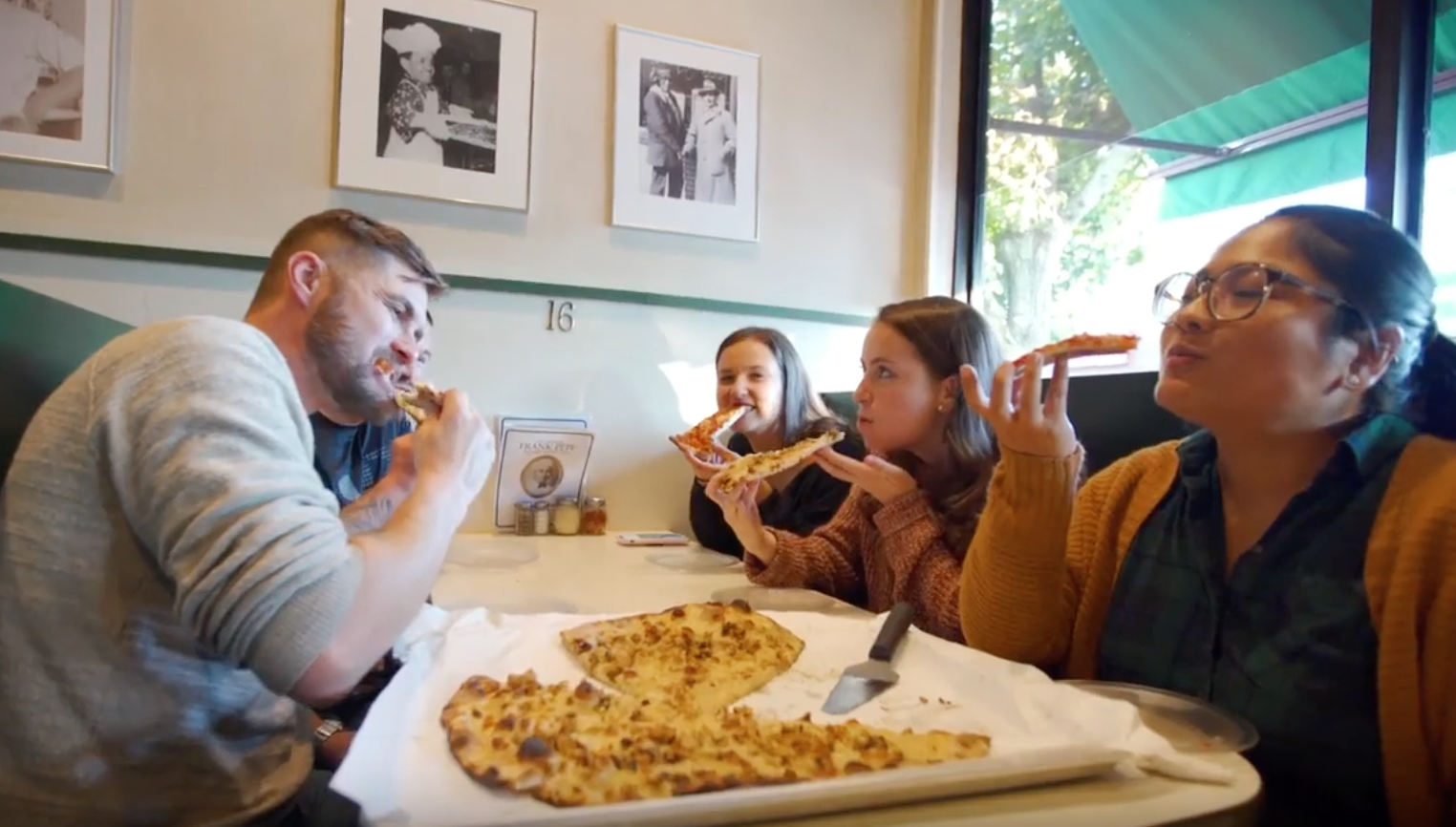 In New Haven, it’s apizza, not pizza, a local distinction that stems from the dialect of the Neapolitan immigrants who came to the area in the early 1900s. Say it with us: ah-beets.

New Haven is blessed with over 140 years of Italian cultural and culinary influences. Many of the town’s iconic pizza places began as family shops that provided inexpensive and authentic meals to factory workers. While the heritage of these establishments runs deep, their customer loyalty runs even deeper.

As author and local pizza guru Colin Caplan tells it, “In New Haven, we have this thing were people take sides. Their family, their grandfather went there and they’re like ‘We don’t go anywhere else!’” On our VIP (Very Important Pizzas) Tour, we put these loyalties to the test. 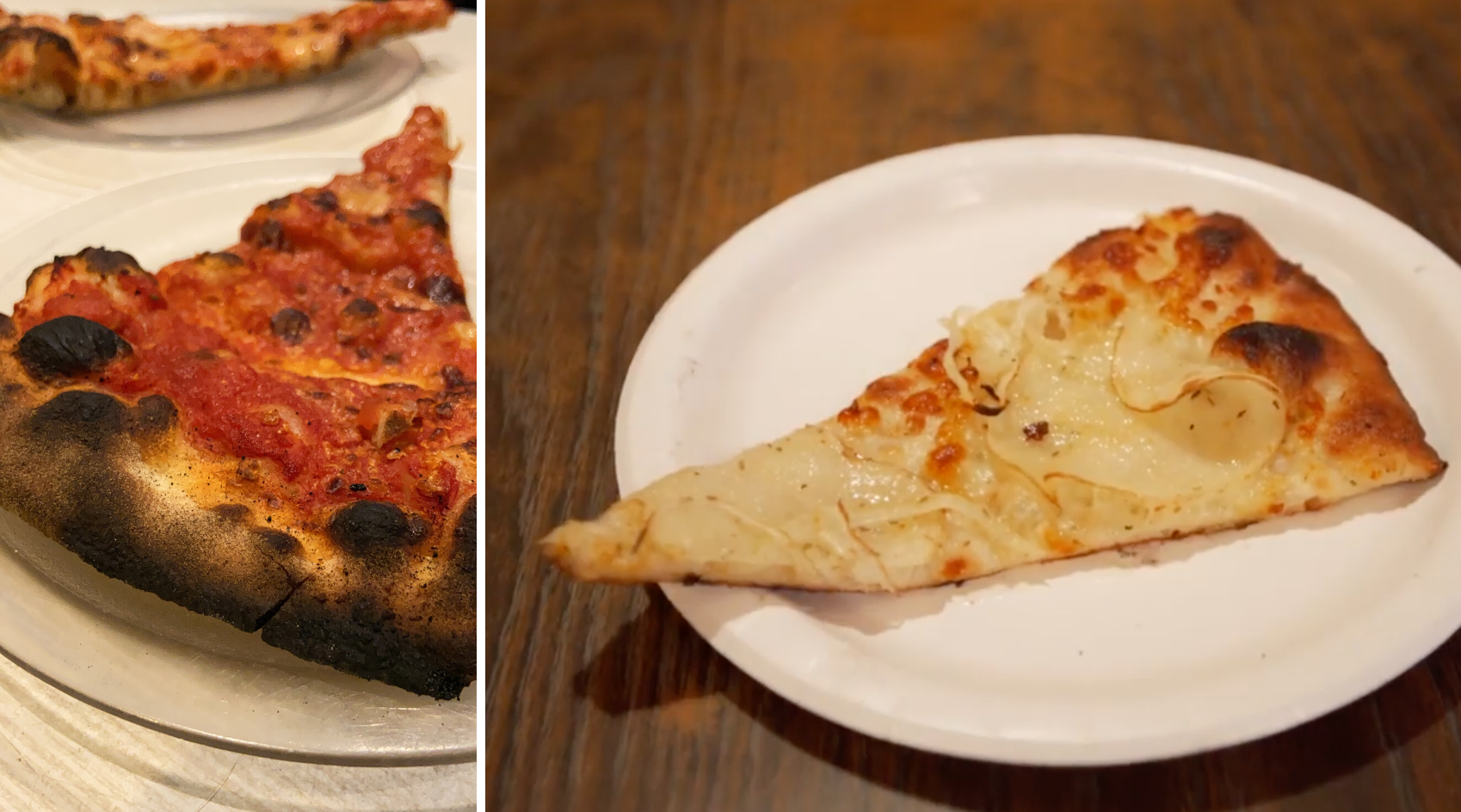 Also along for the ride — Steve Dolinsky, a 13-time James Beard Award-winning reporter and food critic. A Chicago pizza expert, Dolinsky joined the tour to get a hands-on education on New Haven’s most famous pizzas and record an episode for his podcast, Pizza City USA.

A TALE OF 3 PIZZAS 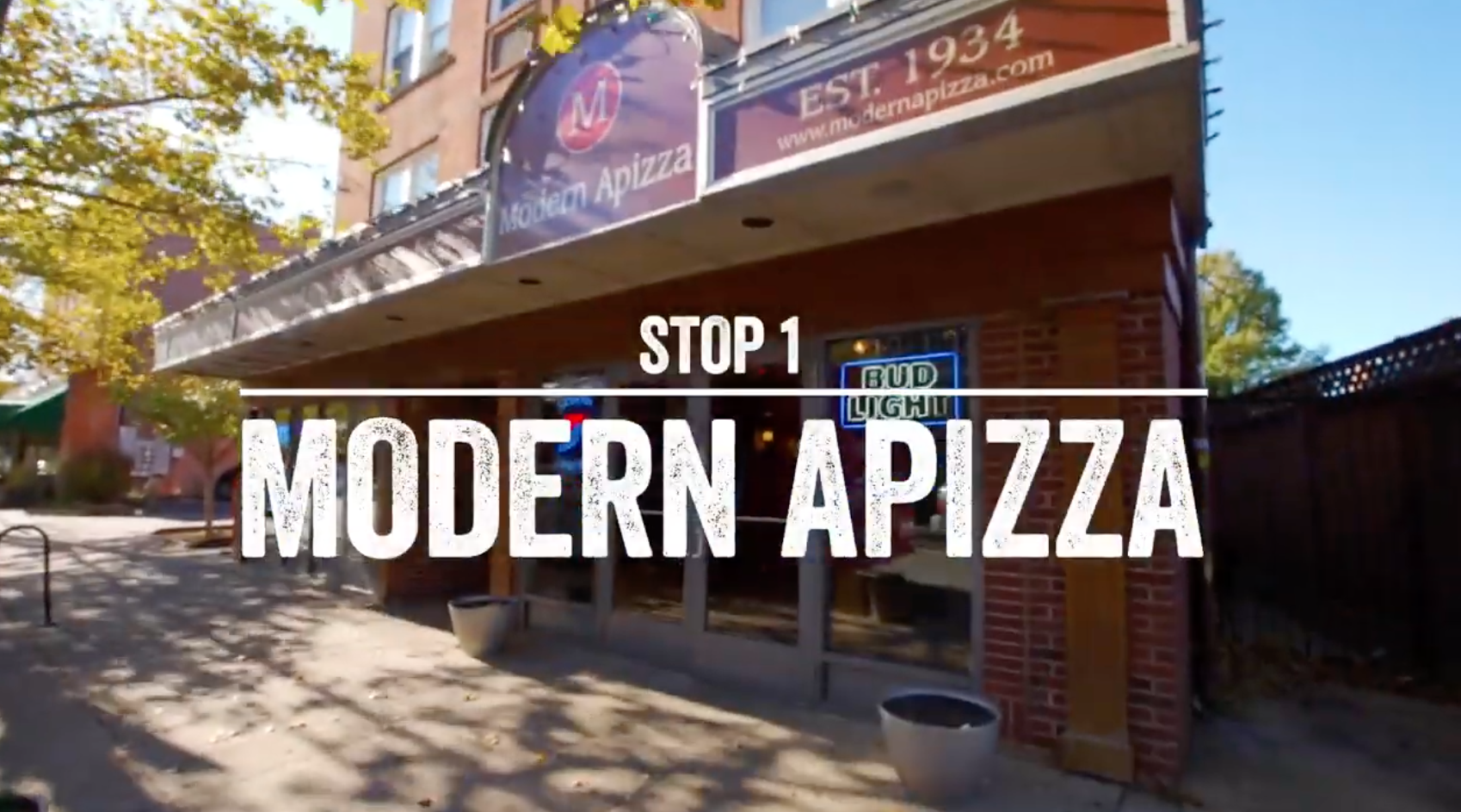 Our first stop was Modern Apizza, a State Street mainstay since 1934, where we tried The Italian Bomb, a red sauce pie piled high with bacon, sausage, pepperoni, mushroom, onion, pepper and garlic.

Next up was Sally’s, located on New Haven’s historic Wooster Street. 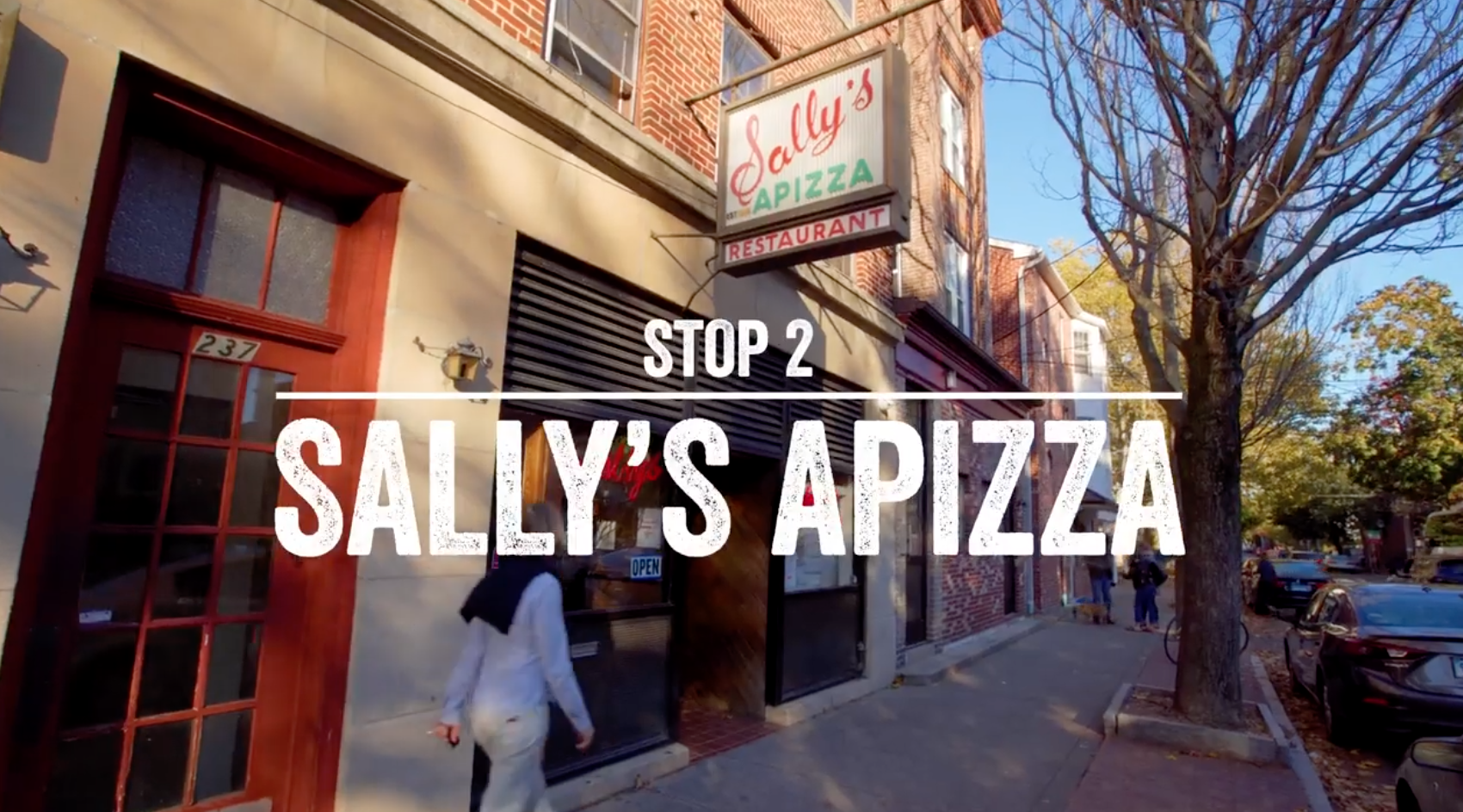 Established by Salvatore Consiglio in 1938, Sally’s was one of the longest family-run pizzerias until it was sold in 2018. Sally’s son Rick Consiglio, the former owner, stopped by while we dug into their specialty potato pie.

HAPPY AS A CLAM

Down the street, at our third and final stop, VIPs dug into a local favorite: Frank Pepe’s white pizza with clams. Originally a cheap topping for seafood-loving Italians, clam pizza is now a beloved pie for locals and visitors alike. Ranked No. 1 by many of our guests, the pizza mixes the salty brine of shellfish with an herby, crisp crust. 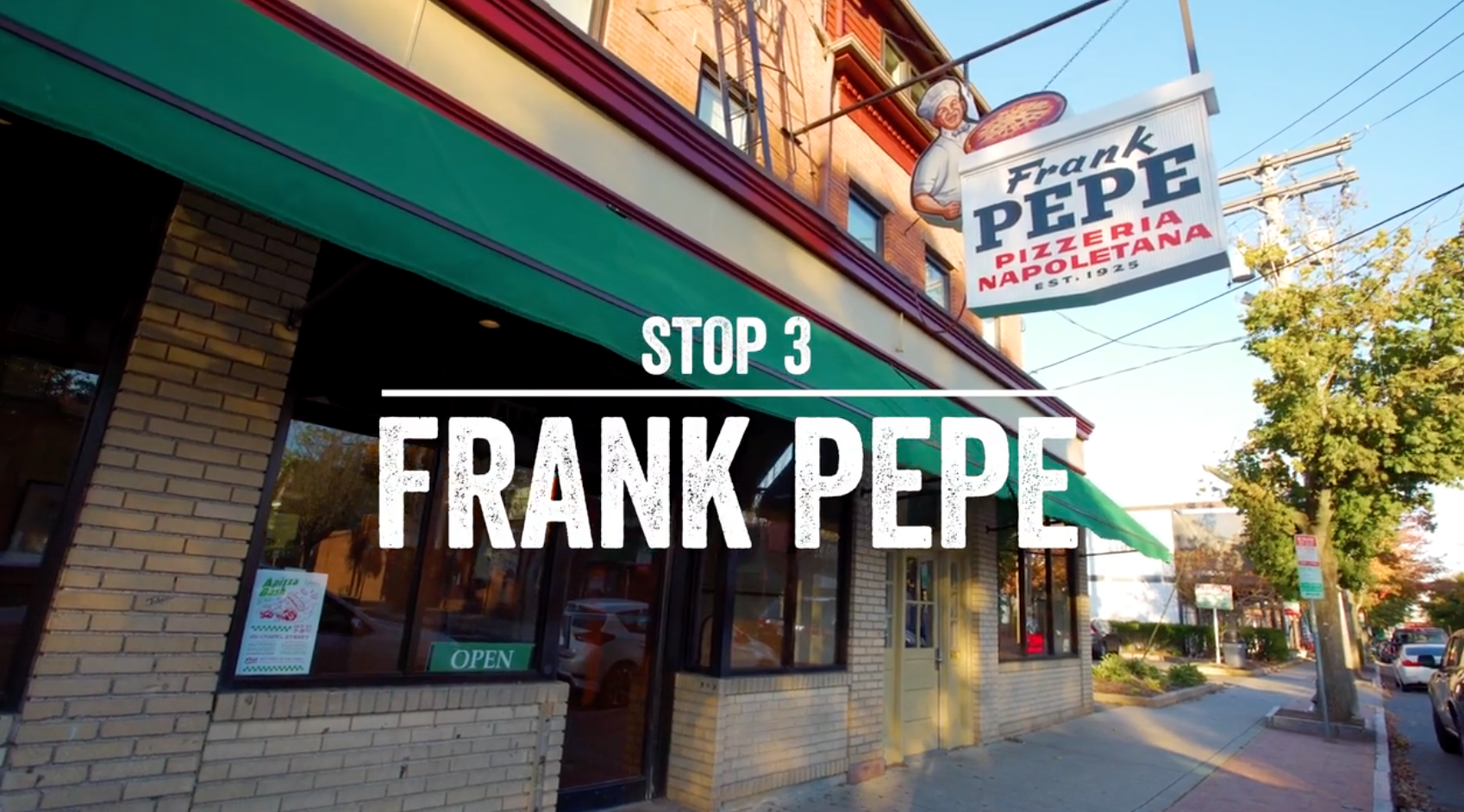 Full of pizza and local history, our tour returned to Graduate New Haven. But the night wasn’t over.

We brought in 300 pizzas from Modern, Sally’s and Frank Pepe and invited locals and students in to grab a slice and cast a vote for their favorite New Haven pizza. In the end, Modern won the challenge.

For more Graduate videos, check out our Field Studies series. To discover upcoming events, follow us on Instagram.