As part of the Graduate Pledge, book direct with us and get the best rate guaranteed.

Download the AR app for Apple or Android, then point your phone at the mural and watch as real and virtual merge.

Created by artists Ryan “Yanoe” Sarfati and Eric “Zoueh” Skotnes, “The Journey” celebrates Columbus as a prosperous and welcoming city. 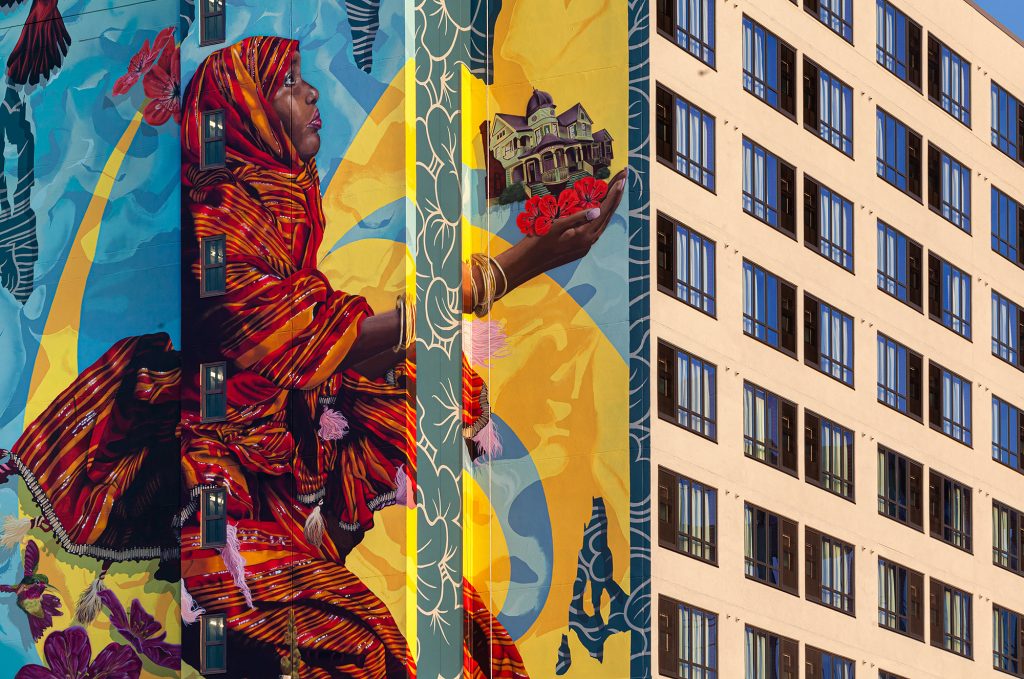 The artists were inspired to learn that Ohio’s capital is home to the country’s second largest population of Somali immigrants and chose that story as the focus of their project.

“For us, it’s about the migrant journey, the possibilities here in Columbus, for all the immigrants who have come here,” says Sarfati. “And the possibility to bloom in a city like this.” 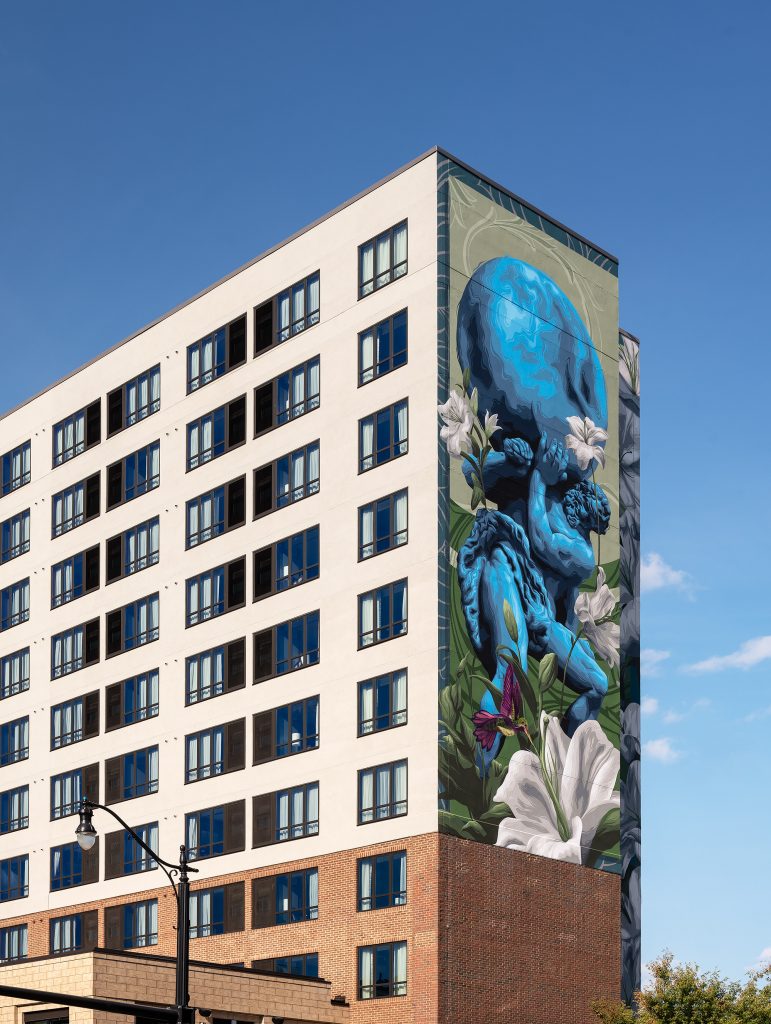 The mural features Hodan Mohammed, leader of local Somali community group Our Helpers and founder of the Columbus Somali Festival, as well as mythological figures, flowers and hummingbirds.

Thank you to our incredible artists and our partner, the Short North Alliance, for their support in this project. 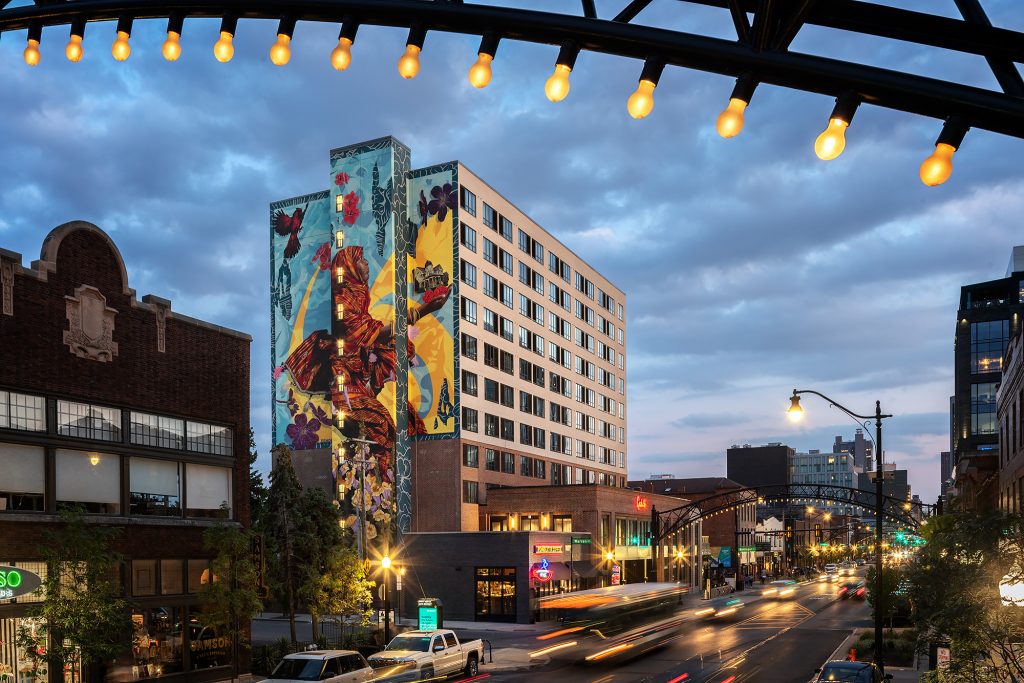 Check into our Campus

*we’ve got grads across the country