9 Unique Things to Do in Richmond, VA

Richmond’s history reaches back more than 400 years, yet this city is so much more than its storied past. Get up close to RVA’s legends and lore, then experience attractions that are unmistakably modern. Whether you’re strolling alone the canal, crossing the bridge at Belle Isle, or digging into Richmond’s one-of-a-kind culinary scene, you’ll find something to love in one of America’s oldest cities.

Take the city by storm with these eight unique things to do, see, and eat, all just a stone’s throw from Graduate Richmond.

Express your unique sense of style through the clothing and accessories at Rosewood Clothing Co. This locally-owned, independently-operated shop emphasizes self-expression above all else through a carefully-curated collection of shirts, shoes, jeans, jackets, and more. Peruse the racks and shelves or ask one of their associates to point the way to your new favorite piece.

In addition to clothing that’s one-of-a-kind, Rosewood goes the extra mile to source and showcase sustainable garments. Shop here and you’ll be doing good for your wardrobe and the planet.

Plan to spend some time in the store combing through all the racks – the only way to find that perfect vintage treasure you’re on the hunt for. 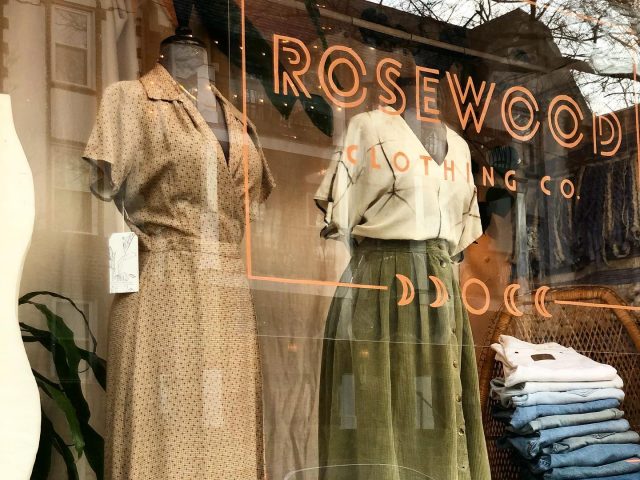 Refresh your spirit—and your closet—at Mod & Soul, Richmond’s go-to for Bohemian-inspired style. Shop trendy dresses, flowy tunics, and even fashionable jackets and coats. Mod & Soul also has shoes, hats, and accessories on hand so you can pick up a new outfit in a single shop.

If you want even more Mod & Soul in your life, peruse their home goods, beauty and bath, and handmade gifts. Level up everything in your home from candles to coffee mugs.

Join their VIP list for 15% off your purchase, and exclusive updates!

As the name implies, Lunch. | Supper! is always at-the-ready to serve up their take on a Southern smokehouse. Their motto reads, “It doesn’t matter when you get here, it’s always the best experience of the day,” and they bring that to life through imaginative meals perfect for a midday break or an evening out on the town.

Dig into pork rind nachos, the pasture to pen sandwich with beef, turkey, and bacon, or their signature salmon cakes or bacon-wrapped meatloaf. Savor it all in their quaint eatery in historic Scott’s Addition.

The Deep Southern Collards and Bacon Mac n’ Cheese are a must try! 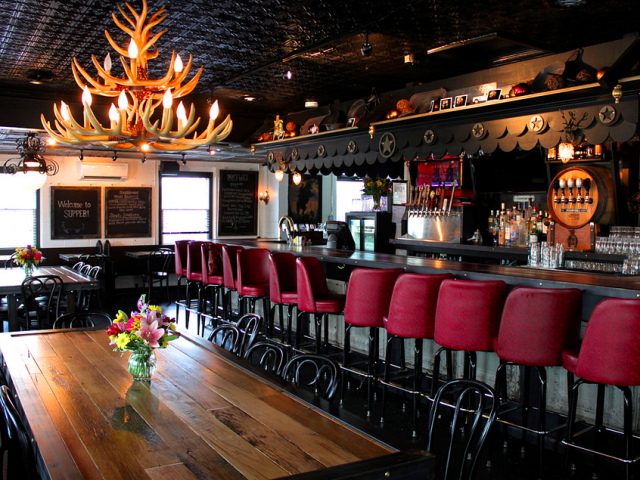 Belle Isle is the most popular spot in James River Park for its wooded paths, bike trails, and historic sites. Captain John Smith first explored the Isle in the early 17th century, though its since been home to a wide range of businesses including a nail factory, a fishery, and a prison for Union soldiers.

Today, the park is a respite from the hustle and bustle of RVA. Cross the suspension bridge and wade at the river’s eastern edge, fish at the quarry pond, or simply soak up Richmond’s closest thing to the great outdoors.

With over 22 miles of trails that are open to both bikes and to foot traffic, diverse trail types range in difficulty from easy to advanced. 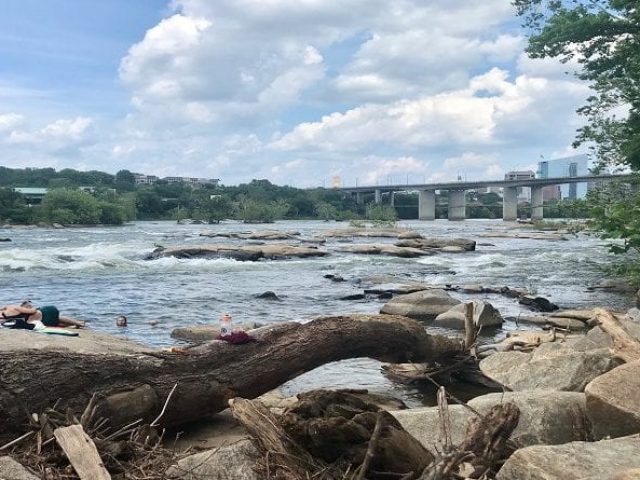 While the unassuming exterior may not suggest it, Edo’s Squid is quickly becoming the spot for unforgettable Italian and Calamari dishes. The consistent line of new guests confirms Edo’s is peer-reviewed and passed with flying colors.

The brown brick interior provides a calming ambience for the ongoing shuffle of family-style dishes making their way around your table. A surplus of pasta and seafood options will ensure your group doesn’t leave hungry.

They fill up quickly, so make sure to plan on an early dinner or plan to wait a while. 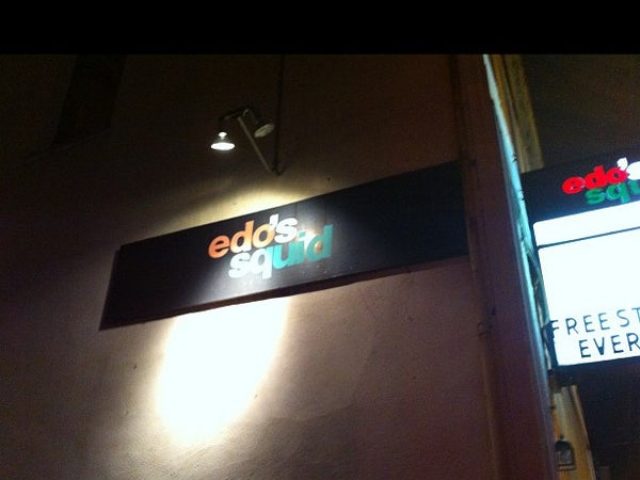 While in Richmond, take yourself out to the theater. Performing arts of all genres take to the stage at Altria Theater, from country to classic rock to Broadway musicals. Catch a performance of a beloved touring musical or see your favorite artist live and in person.

The Altria also sits in one of Richmond’s best-known and most beautiful buildings, so a visit to the theater is spectacular all on its own. First opened as The Mosque Theater in 1918, today The Altria is a beloved RVA landmark and a gem of the theater scene. 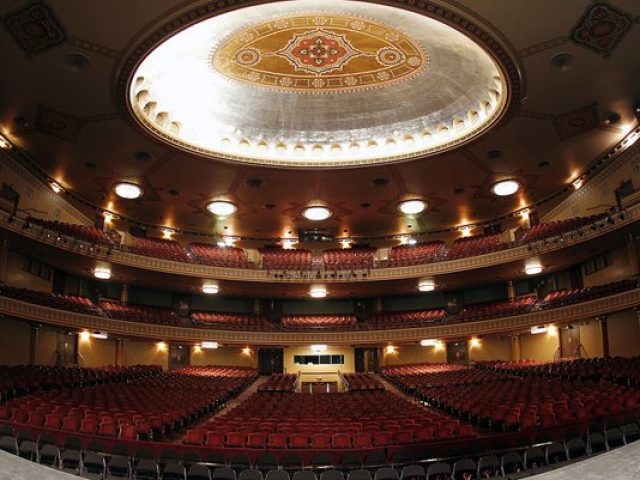 Since 1936, the Virginia Museum of Fine Arts has displayed art exhibitions from all over the word. The museum exists to expose Virginians to new ways of looking at the world. Though prominent Virginian politician Judge John Barton Payne was the first to donate his entire art collection almost 100 years ago, today the museum is home to artifacts from far and wide.

Peruse European paintings, Virginian photography, Japanese art, and more, all within the museum’s permanent and traveling exhibitions. Join the thousands of visitors to the museum each year inspired by the art within.

The purpose of VMFA is to collect, preserve, exhibit, and interpret art, to encourage the study of the arts

When you think of Richmond, you probably don’t think street art. But RVA’s walls are actually covered with more than 150 murals. Stroll through downtown and you’ll see countless colorful creations from replicas of postcards to pop-art portraits. Nationally-renowned artists even created an outdoor “gallery” on the Canal Walk, which is where you’ll find some of Richmond’s most-loved murals.

Stroll along the canal and you’ll come across medallions telling of the city’s history as well as vibrant paintings around every corner. Several restaurants also line the canal so you can grab a bite to eat while you’re at it.

Stop off at Casa del Barco for some of Richmond’s best margaritas and tacos, all with a front-row seat to the canal and several murals. 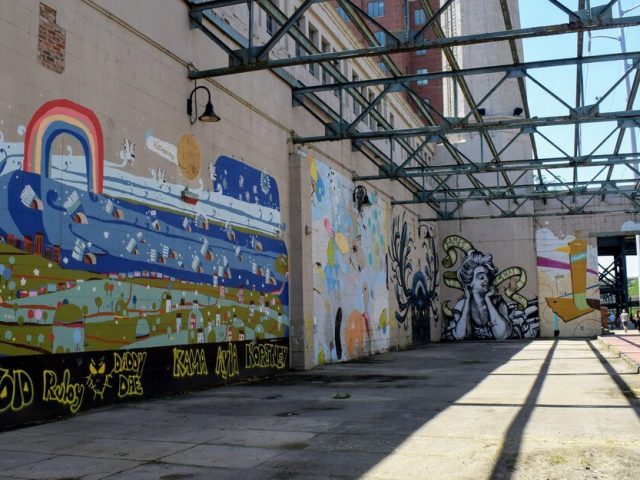 Cirrus Vodka aims to make a smoother, creamier vodka, so you might even enjoy it without a mixer. Visit their Richmond tasting room where you can learn about the vodka-making process then sip on craft cocktails using, you guessed it, Cirrus Vodka. If you fall in love with their spirits, head to their website and order a case to enjoy at home.

Once you’ve seen the beehive, head back to Graduate Richmond for a cocktail at Byrdhouse—it features honey fresh from these hives! 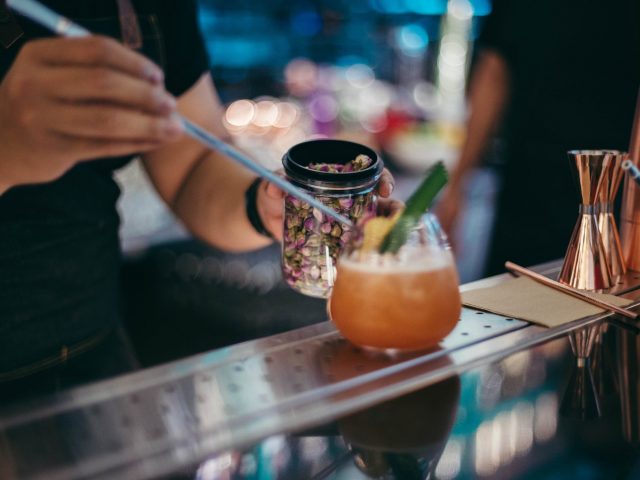 In RVA, you’re never more than a few steps from 400 years of legends and lore. Walk in the steps of our nation’s most game-changing figures through historic districts that give way to a bustling downtown. Graduate Richmond is in reach of it all, whether you’re in town to visit VCU or simply have to see those Canal Walk murals in person.

CHECK INTO OUR CAMPUS

*we’ve got grads across the country